On August 14th 2014, 2 days after our oldest son turned 8 our lives were completely changed, we were told the dreaded words "Your son has cancer". 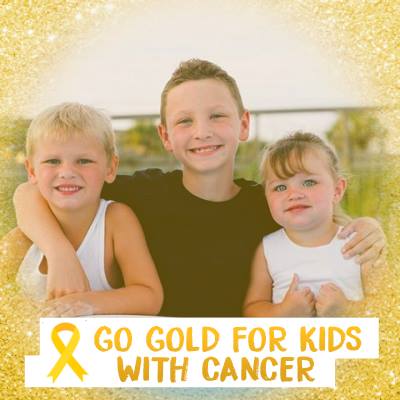 Noah was a very energetic boy that was never sick and was always laughing... How could this happen? Noah had started complaining that his shoulder was sore randomly but I didn't put much thought into it because he was a dare devil that loved to wrestle. One morning when his father was getting him dressed for school he noticed that Noah could no longer raise his hand into the air and that his shoulder looked a little swollen. I took him into the pediatrician who just as me assumed that Noah probably hurt himself and sprained or fractured his collarbone or pulled a muscle in his shoulder. We took him straight from there to Royal Oak Beaumont hospital to get a xray and got the results the next day saying that theirs something there but their not sure what and want a MRI with contrast. We waited 2 weeks to get into that scan and they gave him anesthesia to put him to sleep. While I was trying to wake him when the scan was over a nurse grabbed my arm and told me that the doctor was on the phone and she needed to speak to me immediately! I picked up the phone and she said "Sara, Noah has Ewings Sarcoma". When you see the pictures of cancer kids or St Jude adds you don't ever think that it could happen to you but I learned that was false the hard way! We met his Oncologist Dr. Kate Gowans the next day and started chemo right away. In December Dr. Kimberly Les removed Noah's tumor and shoulder blade while attaching his Left arm to his collarbone and he then continued chemotherapy every other week until June 2015 when Noah was declared No Evidence of Disease!! We thought it was over! All his doctors were very optimistic and we had his mediport removed and no check up scans for 3 months! WOO HOO RIGHT? Nope... we were wrong again! September 2015 we had his first CT recheck which showed that his cancer not only returned but had spread to his lungs and he was given a 7% chance of surviving 5 years. We then were sent to Mott Children's Hospital (UofM) to see Dr. Gregory Yanik and get a Stem Cell Transplant and a really scary chemo called I.C.E that caused seizures, mouth sores that went to his stomach, extreme weight loss, and a 55% chance that the treatment alone could kill him. The only thing scarier then the cancer itself is the fact that the treatments have a very good chance of killing your baby! Noah survived the treatment and all but 2 of his lung tumors have disappeared which brings us to now... Noah has scans every month to 2 months to keep a eye on the tumors in his lungs waiting for them to shrink or disappear or even grow and to make sure that more don't return. If you haven't heard of scanxiety it is a very real thing and has the habit of giving cancer parents stress overload!