The Inspiration And Motivation. 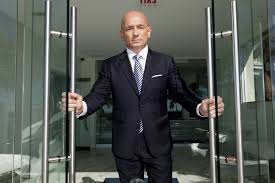 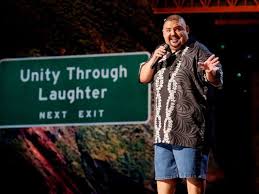 The Inspiration And Motivation

As a parent you never want to hear the words your child has cancer. After hearing them I never felt more helpless in all my life.
I knew that there were a few things I could do to help her.
I knew our family and I could help fill each day with love and laughter. The next step was to help her with the motivation and inspiration to help her fight this disease.
The first idea I had was to reach out to numerous celebrities she is a fan of. There were 2 men that stepped up instantly.
Gabriel Iglesias sent her a personalized autograph picture that brought tears of joy to her eyes for the first time in her life.
During her countless days in the hospital she watched her fluffy DVD's over and over.
She even actually wore out her fluffy CD listening to it so much during radiation treatments.
Even without sending the picture. Gabriel was already helping her. At a time where she needed to laugh to keep from crying.
Gabriel provided the laughter. As her dad those DVD's helped me.
Watching them with her reminded me of our times watching TV together at home. Which brings us to the other man to step up.

Anthony Melchiorri.
Stephaine and I have spent countless hours watching Hotel Impossible together. What Anthony took the time to do was a game changer.
Not only did Anthony send her an autograph. He also took the time to write her a letter. Words from that letter became the tagline for our site.
It was also that gesture that lead us to doing this site together.
I think Anthony has a show that not only fixes hotels. But he changes lives. As I said on a page on here in honor of him. He helped change our lives.
That letter also inspired me to work with her hospital and the Children's Miracle Network.
While our daughter was in the hospital we wanted to speak with other families that had been through what we were facing.
The problem was. There wasn't any available. I have since decided to help fill that void.

Stephaine has a long battle ahead of her. Having Anaplastic Astrocytoma Grade 3 requires aggressive treatment.
She recently just completed 42 radiation treatments and currently is in physical therapy.
On March 7th she will be attending her first Gabriel Iglesias show. I'm working on trying to get her to be able to meet Gabriel on that day as I write this.
Also down the road she would love to meet Anthony.
Even if the above never happens. They already helped out more than anybody knows.
Through the most difficult time in her life. Both of these men have made her laugh and kept her smiling.
They were a big help in fueling her inspiration and motivation. I could never thank them enough.
Thank you for the inspiration and motivation